Orlando. Sandy Hook. Dallas. And so many more. Did you know there’s a site that lists mass shootings in the US? http://www.gunviolencearchive.org/reports/mass-shooting

When one of my son’s asks me how something works or how they can navigate a situation (particularly avoiding harm, or making the best decision to keep them safe), I usually have an answer. When my oldest son asked what was being done to stop gun violence I didn’t have one. Is my answer: Our politicians are fighting amongst each other and more concerned with staying in office than fixing this issue (mind you, they’ll hide behind the Second Amendment claiming that’s the main thing they are trying to protect), or that a small minority of people with big influence continue to keep enough people scared where they think they need guns? I’m honestly at a loss. It feels like grown-ups acting irresponsibly, and how do I explain that to my kids, when I’m trying so hard to teach them to act responsibly?

As a parent, it really bothers me that I don’t have an answer for this. It bothers me that I don’t have a greater ability to influence this or change what’s going on. Of course, I will continue to vote for candidates that believe we need regulation and oversight, and will continue to contact my senators and representatives, but it doesn’t feel like my efforts (and many others) has had much of an impact. I believe a majority of our country wants to feel safe and doesn’t think more guns, or few gun laws is the answer.

I pray my son’s never encounter gun violence. I pray we don’t encounter someone whose decided to randomly shoot innocent people, but I have to tell you I feel like our chance of avoiding this is as good as anyone else’s. 26 lost their lives at Sandy Hook. 49 in Orlando. 5 in Dallas. Enough. Enough. Enough.

What do you tell your kids? What do I tell mine? 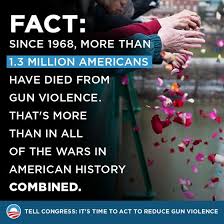